Paxos Standard Token (PAX) is a cryptocurrency developed by Paxos Trust Company, LLC. PAX is a so-called “stablecoin” - a cryptocurrency the price of which is linked to some type of an asset that has a robust value and is widely established as a mean of payment. These coins’ prices are mostly connected with a price of some fiat currency or precious metal (gold, for example. Paxos Standard Token is not an exception - its price is tethered to the United States Dollar in 1 : 1 proportion.

However, Paxos is an outstanding cryptocurrency due to its legal features. Paxos is approved and regulated by the New York State Department of Financial Services (NYSDFS). It means that every token, issued by the Paxos Trust Company is backed by 1 USD on the account of the company. The Paxos Trust Company team aims to combine the speed of the digital assets and security and protection of the old school financial systems.

According to the developers of Paxos Standard Token, cryptocurrencies are mostly used for speculative purposes. In their estimation, this is a major problem for the whole blockchain industry. Lack of trust in the cryptocurrencies can lead to significant crushes on the market and become an obstacle for the widespread adoption. Paxos Standard Token is designed specifically to provide the cryptocurrency market with the stability and user confidence it lacks so much. 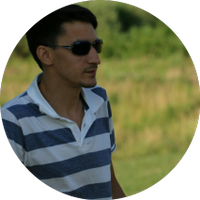